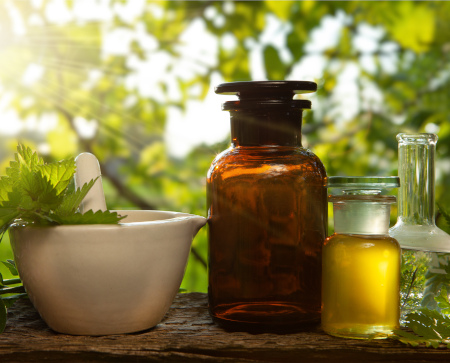 Vinegar through the ages

The word vinegar has been in use in the English language since the 14th century, when it arrived in the British Isles from the French vinaigre, a word that simply means ‘sour wine’, and that came in turn from the Latin vinum acre, ‘sour wine’ or, more commonly, vinum acetum or ‘wine vinegar’. Below are a few ways that vinegar has been used throughout history and is still being used to this day.

Posca was an Ancient Roman drink which was made by mixing vinegar, water, salt and often herbs. It was drunk by soldiers and the lower classes. Hippocrates, the father of Western medicine, was using vinegar as far back as 2500 years ago. He liked to mix vinegar and honey to make a general tonic for good health.

Our Apple Cider Vinegar Wellness Tonics taste so much nicer I am sure than the Posca of ancient Rome. Why not give ours a go? Drink diluted in sparkling, still, or warm water. Add a spoonful to herbal tea or smoothies. Mix with soda water or tonic water as your new non-alcoholic ACV & Tonic.

The ancient Greek word oxymeli can be translated as ‘acid and honey’. It was thought to be a combination of vinegar and honey. The inclusion of roots and herbs in an oxymel were thought to help fight off colds and flu. Our Apple Cider Vinegar Wellness Tonics contain many of these roots and herbs recommended in the ancient oxymeli; ginger, garlic, onion, rosemary, turmeric, cloves, star anise to name but a few.

During the Black Death, four thieves were said to be able to rob houses of plague victims without catching the plague themselves. When they were finally caught a judge was keen to know how they managed to avoid the plague and offered clemency if they revealed they potion. Recipes for this potion called for a number of herbs to be added to vinegar and left to infuse for several days or weeks. Our Apple Cider Vinegar Wellness Tonics No1 and No2 contain some of these original ingredients including garlic, rosemary, cloves and anise. It may or may not protect your family from the rigours of medieval plagues, but will definitely enliven plates of sweet lettuces and other summer greens. It also makes an excellent seasoning for meats and vegetables and when mixed with good quality extra virgin olive oil, a simple vinaigrette or base for quick and easy pickled cucumbers.

The actual origin of Switchel is not clear. Some believe it was the Amish who brought this drink over to America from Germany whilst others believe that is originally came from the West Indies. Historians also mention that this kind of beverage could be traced all the way back to ancient times. All Switchel recipes have a similar common ingredient – apple cider vinegar, ginger and a sweetener of some kind. Historians suppose that the vinegar serves as a good substitute for alcohol since vinegar is essentially wine that has gone bad. Our Apple Cider Vinegar Wellness Tonic No2 with its ingredients of ginger, zest of orange and honey can make the perfect Switchel alternative. The apple cider vinegar, ginger and orange zest create the same heat sensation as alcohol so is therefore the perfect non-alcoholic drink.

Today, vinegar remains an important element in European, Asian, and other traditional cuisines of the world. It is now often used in pickling and in the creation of marinades, dressings, and other sauces. Our Apple Cider Vinegar Wellness Tonics with ‘The Mother’ have a myriad of uses. As well as livening up most recipes they can also be used diluted as part of your daily routine and may assist in maintaining your overall health. It can also be made into a healthy delicious non-alcoholic drink using soda or tonic water.

PrevPreviousWhat is ‘The Mother’ in Apple Cider Vinegar?

Sign up for our newsletter, offers and the latest recipes